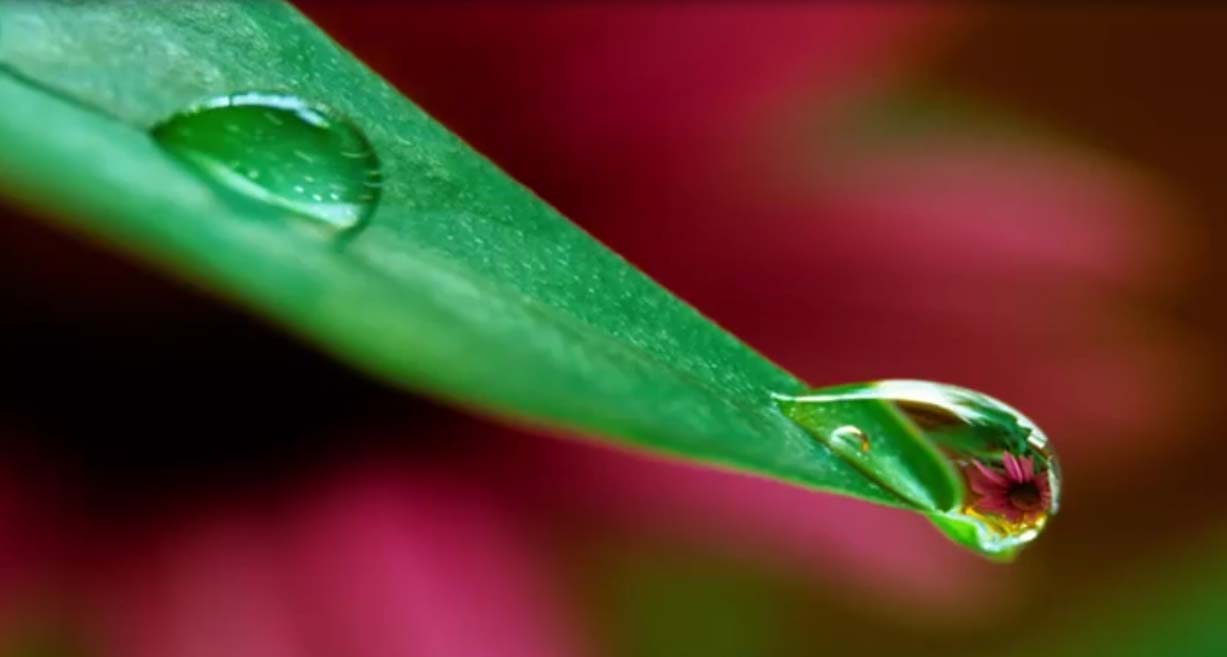 Welcome to Perth Photography Tutorials where today we’re going to be taking an in depth look at depth of field. Now, depth of field is extremely important for photographers. Why? Because it adds a whole new world of creativity for you if you understand it. Now, depth of field can be a complex thing and it can be hard to get your head wrapped around it but I’m going to make it as easy as possible for you today. Depth of field is made up of three major components and in understanding those three components everything will become crystal clear, and your Photography will get better and better.

For today’s Photography I’m going to use these great pillars of this beautiful historic building to demonstrate what depth of field is all about. We’re going to cover the aperture, we’re going to cover how close you are to the subject that you’re focusing on and we’re going to talk about focal length. Those three things are going to affect the depth of field of your images. First, aperture. If you’re using a wide open aperture and if you aren’t really too versed in what aperture is all about, I have a really good video on shutter speed aperture and ISO basics which you can go and take a look at before you even come in to this one if you’re not too sure about what aperture is. You can see the banner up there, you can click on that and go straight to the video. Okay, aperture.  You can see this a bit in my real estate photos

If you’re using a wide open aperture say of f/2.8 or f/4, it means you have a very shallow depth of field which means that the subject that you are focusing on will be in focus but things in front of it and elements in back of it will be out of focus. You may want that effect especially if you’re shooting people because if the person is in focus and I’m sure you’ve seen this, and the background is blurry, it looks really good. That’s the big difference between someone who’s just taking snaps and someone who wants their images to look like they were taken by a pro. Depth of field is really important. It opens up a whole new world of creativity for you if you understand depth of field. 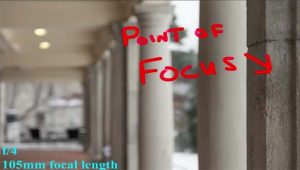 Geting close to yo 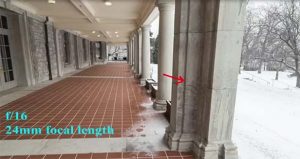 ur subject when doing Photography

Now, also really important is going to be how close you are to the subject. Now, the closer you are to the subject, the less depth of field you’re going to have. What I’m going to show you now is a shot that’s taken closer to one of these pillars and you’re going to see how the depth of field at f/4 is very, very shallow. Everything in front of it is out of focus, everything in the back is out of focus and I’m very close to the pillar. Now, on this next shot I’m still very close to the pillar but I’ve stopped down the aperture to f/16 so while things are still not perfect in terms of being in focus, things are a lot more clearer. Okay, you see that as well. Also, we’re going to take a look at the focal length of your lens.  Also when doing family photos you want to get close to your subjects

Now, the wider the angle obviously the more scene you’re going to be taking in but also the depth of field gets increased. If you’re using say a wide angle 24 millimetres which I’m using right now, you’re seeing this on the screen 24 millimetres, you’re seeing a whole lot more of what I’m shooting and even at f/4 mostly everything seems to be pretty clear. Now we’ll change it to f/16 at 24 millimetres and everything is sharp. Just for one last thing, I’m going to go back to the first thing we were talking about which was aperture and I got to come up to one of these pillars again, okay at the aperture.

Real world examples of what depth of field

I just want you to see again once again how that affects your depth of field in terms of what’s in focus in front of the pillar and what’s in focus in the back of the pillar. You can see that at f/4 things are really quite out of focus which can be a really nice effect. Now before we wrap this up I’m going to leave you with a few examples, some real world examples of what depth of field can mean in your photography and it gives you a good idea of how things can look. The first one is called leaves on a fence and we’re using a very shallow depth of field f/4 and you can see the leaves and the fence itself are very clear while the background is blurry, that’s the effect you want. 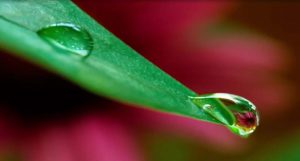 Then the second shot, refracted cone flower. I’m actually using an f-stop of f/8 because at f/16 that depth of field is a little bit too narrow for what I wanted and the flower in the back was a little too clear and at f/4 of the two shallow, the flower was a little too fuzzy. I wanted to make sure that you knew it was a flower in back but I didn’t want it to take away from the subject which of course is the drop of water. I was very, very close by the way to that drop of water with my macro lens. Okay, until next time.

Please take a look at out main page